EA's eyelashes are horrible.
They're just too straight and too long....especially for female.
Actually in fact, some males have longer eyelashes than females, like myself.

We all know S-Club made a eyelash remover.
However it just removed all the eyelashes, and NPC or some SIMs without eyelashes looked horrible, too.
So here I made short eyelashes for male and female.
The bending of the eyelashes also has been modified, so it looked much more natural.
And they work good with S-Club 3D eyelashes. 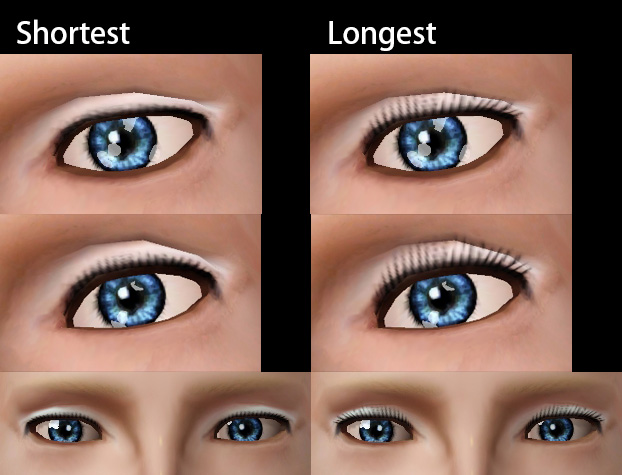 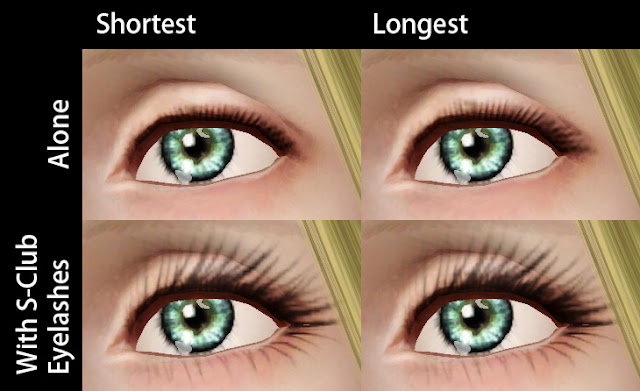 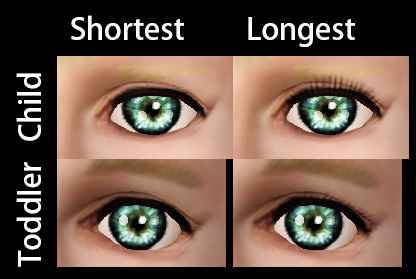 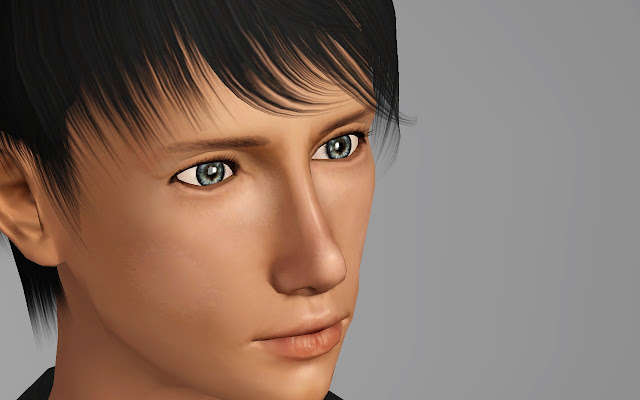 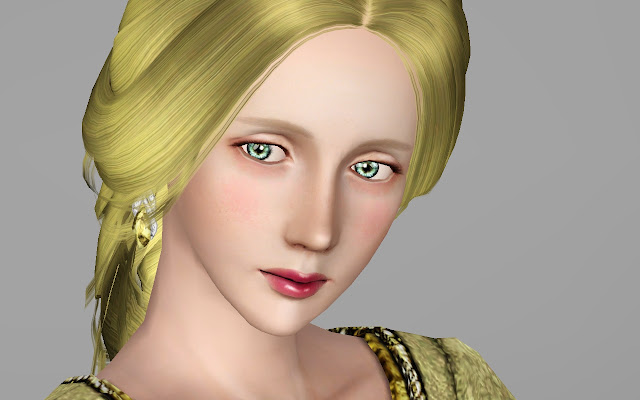 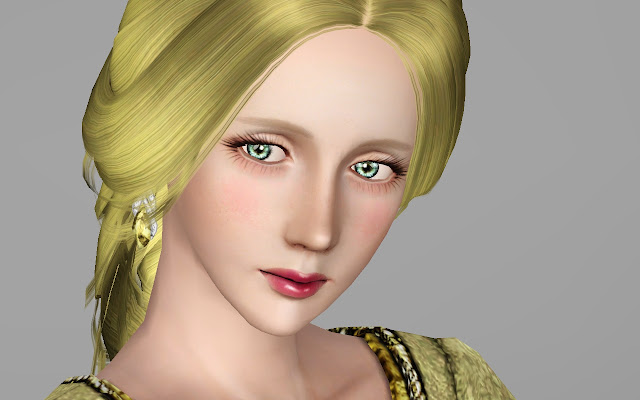 And this also work good with NPC.
NPC with longest eyelashes... 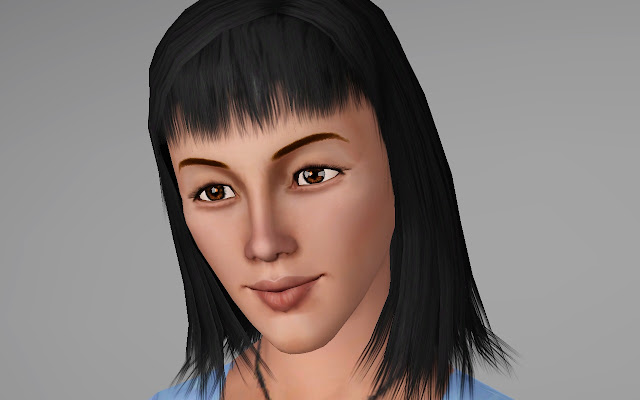 Two sets...(Choose only one set)
Normal (With EA Iris): Only the eyelashes part revised
No EA Iris: Can be compatible with some smaller iris DR eyes. (Eyeball Alpha adopted from SimRivers from MTS)

In each set, four files included...
For Male: Teen~Elder Male
For Female: Teen~Elder Female (Longer and Shorter, choose only one, Longer recommended))
For Kids: Child and Toddler


(If conflict happens with your default replacement eye, move my mods into mods\overrides folder)
(It's impossible to make a very high detailed eyelash by modifying the original overlay texture due to the resolution and EA mesh design. This is just an alternative substitution of S-Club's eyelash remover.)
Posted by 三千年の猫 at 10:18 PM